If you are suffering with elbow pain I’m sure you’ll be the first to say ‘it’s not nice to have’. Simple everyday tasks, such as opening a jar or turning a door handle can repeatedly give you pain. This debilitating condition is generally known as either “Tennis Elbow” or “Golfers Elbow.”
But frustrating as it is, there are ways to speed your natural recovery.

What is Tennis or Golfer’s Elbow?

Although their exact cause is unknown they are thought to be the result of repeated micro-trauma to the tendons of certain forearm muscles close to where those tendons attach to the bottom of the upper arm (the humerus).

Strictly speaking they are not inflammatory conditions but a gradual degradation of the involved tissue through inappropriate or unaccustomed overuse. Men and women are equally as likely to be sufferers particularly in the 35-55 age range.

How does it occur?

Despite their common names, Tennis elbow and Golfer’s elbow are by no means limited to these sports or sports in general.

Anyone involved in activities that include repeated gripping and twisting actions, such as gardeners, DIYers, carpenters and plasterers may be more prone to developing Tennis or Golfer’s elbow especially if they are unaccustomed to these activities.

However for some sufferers there appears to be no obvious cause. Once you have had an episode of Tennis or Golfer’s Elbow, you are more likely to have future recurrences. Left untreated the recovery time varies considerably between a few months to 2 years.

Which treatment is best for tennis elbow or golfers elbow?

As a Chiropractor I see Tennis and Golfer’s elbow on a fairly regular basis and the majority of my patients respond well to conservative care, not needing to resort to injections or medication.

I find that a combination of joint mobilisation, dry needling (western acupuncture), treating associated areas such as the wrist, shoulder and cervical spine followed by self-help advice resolves most cases within a few weeks.

The latter will generally consist of advising patients to wear a tennis elbow support during the daytime, using ice packs for 15 minutes several times a day, gentle stretching exercises and avoidance of any activities that have been deemed aggravating.

Strengthening exercises for the forearm later on may also be valuable to prevent recurrences.

As a previous sufferer of both these conditions myself I know how irritating they can be but I also know that with a little self-discipline and knowledge you have a great deal of control over the outcome and needn’t suffer in silence.

Above all get the pain seen early on!

Should you be suffering any form of elbow pain, I’m always happy to discuss queries over the phone if you’re unsure as to the best course of action.

and ask to speak with Nick Loftus or another member of our chiropractic or physiotherapy team.. 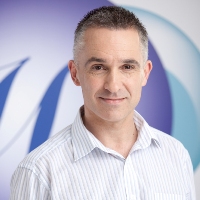