I decide to become a homeopath because… 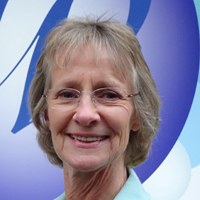 It’s a long story – but a poignant one!

I was working in Sydney for a company and the Chairman’s PA suffered very badly from hay fever.  It made her life miserable. She tried the usual medications but none of them seemed to help and they made her feel very drowsy. Then she went to a homeopathic doctor and was given homeopathic remedies.

After a while she was on top of the world and said ‘Look I can breathe and I don’t feel tired and drowsy.’  It really was a revelation for her especially as in Australia the hay fever season seemed to last longer than in Britain. This triggered my initial interest in homeopathy.

When I came back to the UK, I had my son, my second child.  Life was miserable for him because he kept getting colds and earaches and had antibiotics and antihistamines by the bucket load. As soon as he finished the antibiotics he would pick up the next cold/earache or measles or chicken pox.

I decided that it had to stop and that there had to be a better way.  I asked a friend of mine whose son suffered from infantile eczema and who took her son to a local homeopath.

I took my son to see this homeopath and after taking the remedies he never had to have anymore antibiotics.  He rarely got any earaches but if he did as soon as the first symptom arose I took him to the homeopath and having the appropriate remedy meant that it didn’t get worse.

Some years later, having done a degree in chemistry, biology and education, I was teaching in a school for children with special needs I decided that having used homeopathy for my family that I would like to study  homeopathy and find out more about it so I retired from teaching so I could pursue homeopathy as a career.

The London College of Homeopathy for 4 years part-time as I was teaching at the time and couldn’t manage a full time course.

What has surprised me most about my profession as a practitioner

What a huge subject it is, there is continually so much to learn and understand which is very challenging and something I enjoy.

The unexpected hurdles I have had to face

Putting up with the antagonism from certain quarters in the press and the negative, ill-informed comments made in the general media about homeopathy.

My main areas of interest are

There are many other areas where I can support children and adults, such as pregnancy, asthma but the above two are my particular interest.

My most momentous moment

When a little boy of 3 whom I had been working with and whose communication was virtually non-verbal came into my room and when I asked his mother a question to which she answered for her son.  Suddenly this voice piped up ‘No way!’ and his comment was  totally in the correct context. Wow, I was astounded.

Glimpse of wisdom I can you offer about health/ the body

Think positive, never think that anything is impossible. Eat a balanced diet because supporting patients from a holistic point of view is always multi-factoral which includes having a healthy diet.

Exercise is also very important on many levels including the mental and emotional as well as the physical.

Outside of work, I enjoy in life

Runnning. I have run 5 marathons. Going to the theatre, concerts, art exhibitions. Taking part in classic car  rallies, visiting different countries having traveled a lot since the age of 2.

I am interested in and follow the Bloodhound project (Google Bloodhound to find out more about it). When I can, using my languages.

What will always bring a smile to my face

When I see children making progress and some of the amazing comments they come out with, often very humorous.  One can always learn so much from children as they say it like it is.